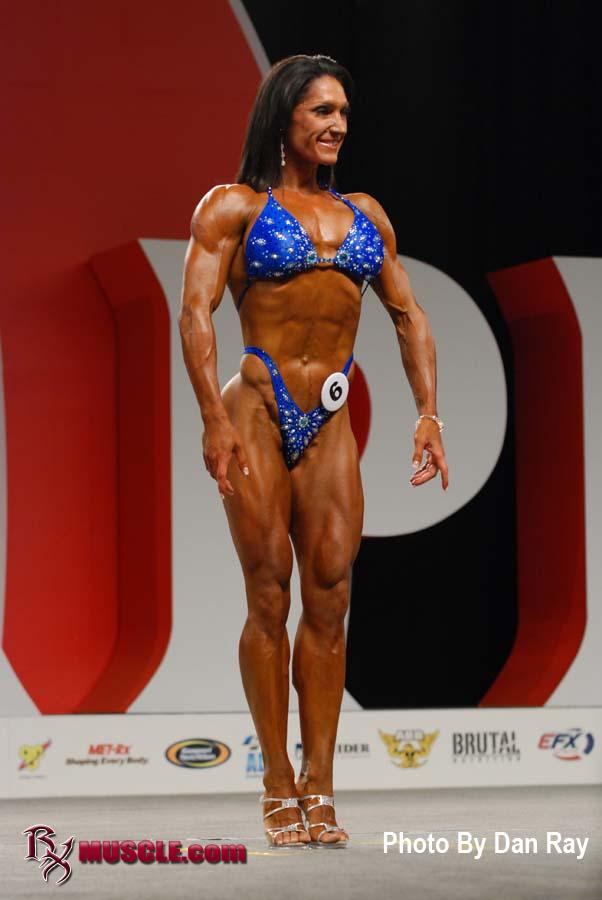 Considered by many to be arguably the best fitness competitor to not win the Fitness International nor the Fitness Olympia, Tracey Greenwood has decided to call it a career after competing for over a decade to the IFBB, winning several titles and being a top placer at many Arnolds and Olympias. Like many of you, Tracey has been one of my favorite fitness competitors. Her strength in her routines are unmatched, and she always brings out one of the hardest yet most complete physiques, making her a big fan favorite. Unfortunately, I never got the chance to see her on stage, but for those that have, she was a highlight for everyone.

Here's the press release from FMG, her management:

July 20, 2010 - For those of you in attendance at the 2009 IFBB Fitness Olympia, you unknowingly saw the last competition of IFBB Fitness icon Tracey Greenwood. After a long and wildly successful fitness career in both the NPC and IFBB, Tracey has decided she will be retiring from competition due to lingering injuries and just moving on in life in general. Yes, Tracey had thought about retirement previously and honestly we laughed it off and told her that she still had her best in her and not to retire. That was in 2008 when she won the IFBB Houston Pro Fitness, IFBB Atlantic City Pro Fitness, won the IFBB Europa Super Show Pro Fitness for the second time and finished second at the IFBB Fitness Olympia. That same year she was voted the FLEX Magazine Women’s Athlete Of The Year. Glad you listened to us Tracey! In 2009 Tracey started off the year placing third at the IFBB Fitness International, won the Atlantic City again and unbeknownst at the time, finished her career in third place at the IFBB Fitness Olympia.


This doesn’t mean you won’t still see Tracey. She is an expediter at almost every major NPC national competition, along with all the competitions in the NPC New York-Metropolitan district, is doing her share of emcee work, is a personal trainer and continues to promote both the NPC Tracey Greenwood Classic and NPC Deleware States.

Although now retired, rest assured that at 41 years old, Tracey’s physique can still stand right up there with any IFBB Pro Fitness competitor old or new. And in the end, she’ll always be “Trixie” to us!

On behalf of the entire FitGems Nation and to every fitness competitor and fan out there, thank you so much Tracey for everything you've given to this sport. May you continue to be an inspiration outside competing, and may God bless you as you enter the next chapter in your life! :)
Posted by C-Ray at 12:35 PM

I always liked Tracey's physique! I'm disappointed we won't see her on stage (as a competitor) anymore. I knew she was very involved in the NPC/IFBB, but was surprised to read that she is also a PhD, a writer, a professor, and a dog rescuer! I wonder what she'll decide to do next!