As we've mentioned before, top fitness photographer Marc Thyseen will be hosting an, in his words, "Exclusive Photo Shoot event" at REHAB pool at the HARD ROCK in Las Vegas on Sunday, September 18th, during the 2016 Olympia Weekend. We hope those in the Las Vegas area during the Olympia weekend will look into this and participate. From the infomation we've gathered this far, images will be published in Planet Muscle magazine, and the event will be professionally filmed, so we're guessing potential DVD, Youtube video, and/or digital video of the event will be made. If you would like to participate in it marc@marcthyssen.com. If you would like to be a corporate sponsor for the event (which will cost your company a fraction of an Olympia booth, which for those who have done it knows those are NOT cheap). use the same email as well.

While we have no clue who will be part of the event (yet), FitGems Nation did compile a list of 12 ladies around the industry that we feel would be great for this event. They are in no particular order, and trust us...it was not easy to narrow this list to 12 ladies. (Photos belong to their respective owners). 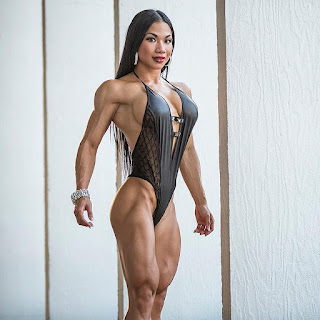 Tina is quickly becoming one of the most popular fitness personalities on Instagram, currently past over half a million followers. It’s not hard to see why with her beautiful looks and comic book-like proportions. With the physique and following she has, being a part of this shoot would be an even bigger boost for her career. 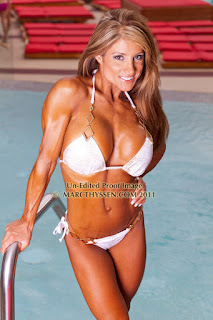 This woman DOES NOT AGE! She was part of both FitHeat and the Fitness Supermodel Weekend, and both times she looked like she could have stepped on stage and did damage. A lot has changed between now and back then, including adding twin boys to the family. Even in her early 40s and a mother-of-three, she is still kicking butt and taking names in the looks department. It would be only fitting that Christine would return being one of Marc’s first big models he worked with (not to mention being one of his all-time favorites)

Another woman who is no stranger to working with Marc, Larissa has been part of Marc’s shoots before, including the 2011 Fitness Supermodel Weekend. While she hasn’t stepped on stage in quite some time, she still have one of the most impressive bodies in the fitness world today. She would be a great fit (no pun intended) for the simple fact that she lives in Las Vegas. 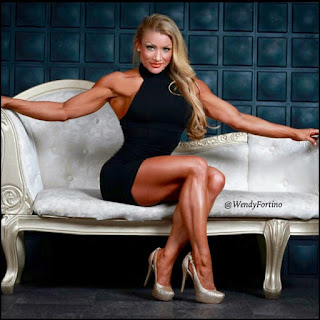 Arguably the most deserving person on this list on a personal level, Wendy is not only one of the most underrated figure competitors in the world, but she is also one of the most underrated fitness models in the world. She has been part of a few shoots here and there, but not to the point where they are known as much as they should be. Being part of this event would not only give Wendy massive credibility in the fitness modeling world, but this could potentially pave the way for her to get more opportunities down the line by others. 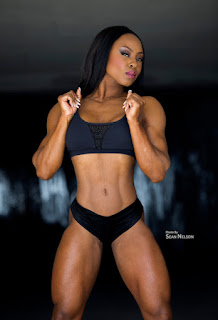 She will already be in Vegas defending her Figure Olympia title. Latorya would be an obvious choice to have her as part of this shoot. One of the most genetically superior competitors the figure division has ever seen, she is also quite the model herself, doing some work with many photographers over the last couple of years. Marc is no stranger to photographing Olympia champions, and Latorya would be an ideal person to have as part of his photoshoot. 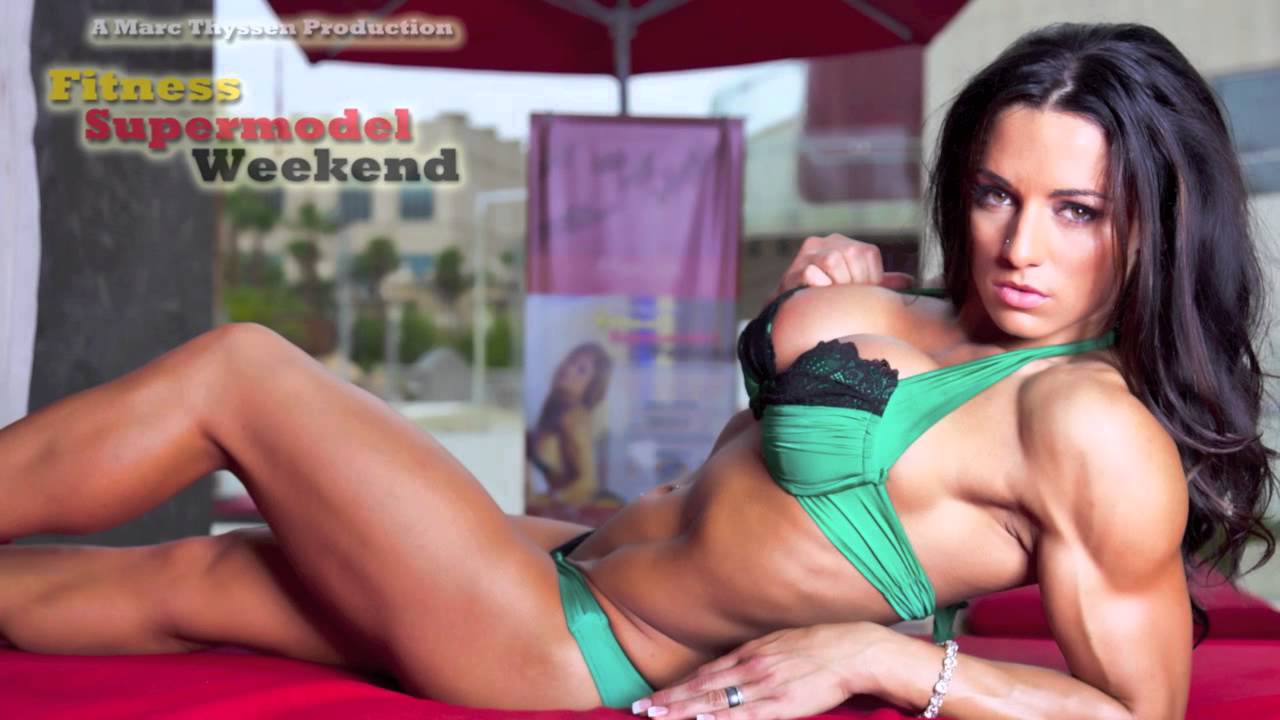 Heather was part of the 2011 Fitness Supermodel Weekend and displayed an amazing physique during that time. It has only gotten better and better since then. Whatever motivated her to take her physique to the next level worked, while still keeping it within today’s figure standards. With the photoshoots she did last year showing off her improved physique, maybe it’s time for Heather to do another shoot with Marc and see what magic they can provide this time around.

It’s been a dream for Ariel to make it to the Olympia stage and seven years after becoming the youngest fitness competitor at the time to win an IFBB pro card, she has now emerged as a top fitness competitor and will be stepping on the Olympia stage for the first time in her career. Her exotic looks are made for photoshoots such as the one Marc will be doing next month. Being part of this photoshoot AND competing in her first Olympia? Taki about one heck of an first-ever Olympia experience! 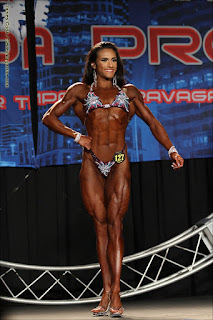 She will be one of the youngest competitors on the Olympia stage, but has one of the craziest physiques in the entire figure division, or any division for that matter. Very photogenic and knows how to pose for someone her age. Natalia’s stock is only going to grow as her competition career goes forward, and being part of this shoot would be an instant boost for her. 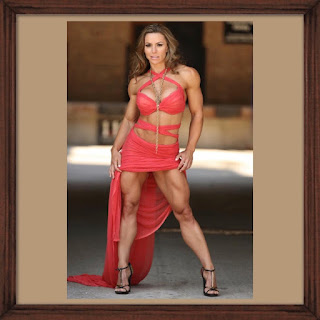 The women’s physique division was created for a woman such as Juliana Malacarne. In fact, calling Juliana a woman is almost an insult, as she’s more of a living, breathing goddess, which practically anyone who has ever seen her can back up this claim. The 2x Physique Olympia and first-ever Physique International champion will look to win the Olympia Physique Showdown for a third-straight year against some of the most competitive talent to date. With her aiming to be at her best yet, it’s only fitting that she is part of this shoot, showing why the women’s physique division is the perfect combination of muscularity and femininity. 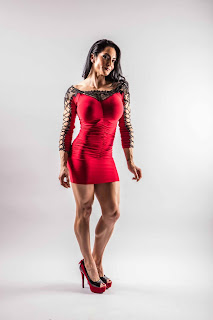 Camala is a bonafide star in every sense of the word. She has competed in multiple Olympias and Arnolds, including winning the Figure International title back in 2015. She has also shown that she can kill it on photoshoots, displaying great muscularity for the figure division with her trademark curves and Latina charm. She will be in Vegas competing in hopes of winning her 1st Figure Olympia title, and being part of this photoshoot would be a great thing to add to her already-impressive resume.

The definitive bikini competitor, Ashley is arguably THE most successful competitors in the short but deep history of the IFBB bikini division. 3 Bikini Olympia titles and 2 Bikini International titles, there’s arguably no one in the division as dominating as her. This beauty from Ohio would be a great fit to Marc’s photoshoot, as she will already be in Vegas anyways defending her title and aiming for an unthinkable FOURTH-STRAIGHT (!!!!) Bikini Olympia championship. Meriza hasn’t stepped on stage in years, but the way she looks (much like Christine), you wouldn’t know it. She has kept herself in incredible shape since the last time she competed, for the simple fact that she LIVES the fitness lifestyle rather than the competition lifestyle. But make no mistake, she can get photoshoot-ready whenever she damn well pleases, which she has proven over the years.


So there you have it...our list for the twelve women we would like to see be part of Marc Thyssen's Olympia photoshoot next month. So what about you. Who would YOU want to see be part of this historic event? Let us know in the comments or send us a Facebook message. We will forward all of your suggestions to Marc. As mentioned earlier, any additional news we get regarding the event, we will make sure to let you all know.
Posted by C-Ray at 2:30 AM No comments: Links to this post

This year marks the fifth anniversary of (to us) one of the best fitness modeling events to ever take place. We’re talking about the Fitness Supermodel Weekend, which was hosted by Marc Thyssen. This event was a follow-up to FitHeat, which took place about a year earlier. Some of the biggest names got together and did a massive photoshoot with Marc and his crew. The ladies that participated were as followed:

This weekend-long event took place at the Mandalay Bay Resort & Casino at Las Vegas during the 2011 NPC USAs. Fans were able to get a look at the stars in person, and see one of the best fitness photographers in the world in action. To hold such an event took some guts, determination, and some luck, but Marc was able to pull it off in a way that has helped paved the way for others to establish their own super modeling events. While Marc is far from the first to discover how to bring beautiful, fit women together, he has become somewhat of a master at it.

Coming off the heels of this event, Marc announced on his social media accounts that there will be a similar event to take place at this year's Olympia, September 16th to be exact. If the 2011 event was any indication, expect this year’s event to be one for the ages. As we get more info, we will pass it along to you.

For those that want to relive the historic event from 2011 (and who doesn't), check out the link below to some photos as well as a video of the event:


For more on Marc Thyssen, check out the following links:

Posted by C-Ray at 1:34 AM No comments: Links to this post