Christine's Making Strides in the World

Earlier last week, I talked about Christine's partnership with Milverstead Publishing. Come find out, there's more to it than just writing a couple of books and being a part-owner. She's part of something special, and Milverstead Publishing knows it. They have begin a worldwide press release on the signing of Christine, as she has been featured in several websites, including CNBC, Fox Business, Forbes, and Yahoo Finance. I mean, that's big stuff right there, folks. How many competitors (male OR female) can claim to have a mainstream push like that, and NOT having to do with steroid use? You can count them on the palm of your hand. She will also be featured on a Time Square billboard and on the Vegas strip for the company. 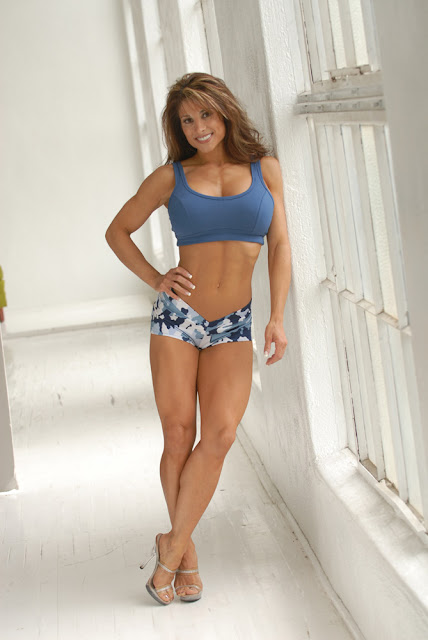 Christine Pomponio-Pate...Coming to a bookstore near you. (Photo credit: Milverstead Publishing)
Very few could have predicted that Christine would be getting the opportunity she's been given. It's awesome to see one of our own getting a mainstream opportunity like this. When her books come out, support her by buying them. Heck, support her NOW by buying books from Milverstead Publishing! You're not only supporting Christine by doing this, you are supporting the company and their charities, including the Gwendolyn Strong Foundation. Contact your local bookseller, or contact them directly.

In addition to all of that, her website has returned with a MAJOR upgrade and lots of material on the site, with more to be added in the coming weeks and months (http://www.christinepomponio.com), she has now opened a Facebook Fan Page where you will be able to communicate with Christine, view photos, video updates, and news on her whereabouts, and she has now joined the Twitter universe as well. And of course, I'll be keeping up with the latest on Christine via her fan club on Yahoo (http://sports.groups.yahoo.com/group/christine_pp/). So yeah, expect to hear quite a bit on Christine in the coming year, and FitGems Nation will be there every step of the way to keep you all informed.

To Christine:
On behalf of FitGems Nation and the entire female muscle industry, words can't express how proud we are of you taking this major step in your life. We wish you nothing but great success in your new venture!!! :-)
Posted by C-Ray at 6:32 PM