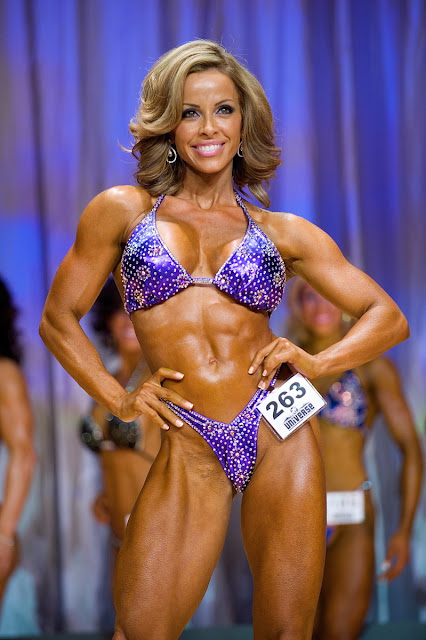 Last weekend, the NPC crowned several new IFBB Pros. Of everyone that became a pro, perhaps there was no name bigger in any division than the one of Ava Cowan. Ava is one of the most recognizable competitors in IFBB Figure, and she hasn't even stepped on a IFBB stage yet. Her participation in various federations prior to the IFBB, as well as her many television appearances, have made her quite the star these days.

At the beginning of her career, she competed in the NPC in hopes of becoming an IFBB Pro, and things didn't go as she hoped and things just...well, erupted, to put it nicely. She then decided to go to the FAME organization, and things began to click for her. She took over FAME and the Fitness Universe organization like it was no big deal. She also went on to be in several television appearances, including MTV's Made and Lifetimes The Balancing Act.

Earlier this year, Ava revealed that she was planning on reentering the NPC again after putting her demons aside. She didn't have a long stay in the NPC thought, but for great reason. Within a matter of literally a couple of contests, she won her pro card and fulfilled her dream of becoming an IFBB Figure Pro. With her dominance in every federation she's ever been a part of so far, it's only a matter of time before she brings that kind of drive and determination to the IFBB. Look for Ava to shine bright in 2010 and beyond, and possible go down as one of the top figure competitors of all time.
Posted by C-Ray at 3:18 PM