I don't know if anyone has noticed this yet, but for the last couple of years, we've seen come big returns to the big stages: The Arnold and Olympia. In 2010, we saw the return of Mia Finnegan at the Fitness Olympia. In 2011, we saw the return of Jennifer Gates at this past Arnold's in the Figure International contest. The Arnold list will be posted very soon (possibly as soon as this week), and I was thinking...who else should make at least one more big show appearance in 2012? Here's a few choices I have (in no particular order) This will be done in a 3-part series, beginning with fitness. (There's a very good chance the Arnold list will be out before this series of post is completed, so keep that in mind.)

Tracey Greenwood is among the best competitors to never have won the Fitness International or Fitness Olympia title. During her time in fitness, she wowed the crowd with her routines and one of the best physiques to ever step on stage. Many people (including yours truly) were sad to hear of her retirement, as we all felt she could have been a great Fitness International and/or Fitness Olympia champion. It would be cool to see her on a Arnold and/or Olympia stage once again. 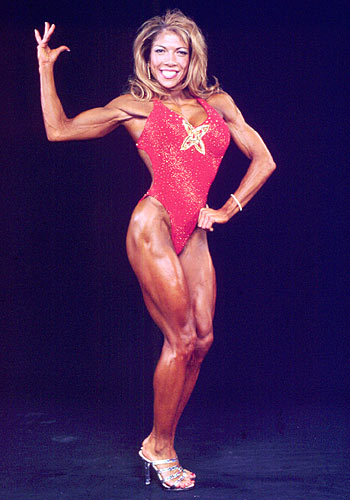 Talk about leaving a mark on the scene! Before Adela became the queen of fitness, Susie Curry was the undisputed leader of the division, taking on all-comers with her trademark routines and compact physique. Very few have her impressive resume, with 4 Fitness International titles and 4 Fitness Olympia titles. There would be no doubt in my mind that should Susie ever come out of retirement, she could put herself right in the thick of things with Adela, Tanji, Myriam, and others and be right in the hunt for another Arnold or Olympia title.

While some of you might not be TOO familiar with that name, you might be familiar with the name Kim Klein. Kim possessed a lower body that would make some BODYBUILDERS envious, that's how nicely developed it was. her entire physique was no weak sauce, believe you and me, but it was her legs that were the standout point throughout her career. Her routines were very enjoyable as well. She did win two Fitness International titles, and was close to winning a Fitness Olympia title. I think she could make another big show appearance down the road.

In 2007, Julie Childs was hitting her stride as a fitness competitor, bringing her physique and routines to an all time best. She disappeared from the scene after the 2007 Olympia, and we haven't heard much from her since. She competed in the Arnold and Olympia a few times and placed relatively well each time, although there are some that feel she could have placed a bit higher. She came from the Fitness America organization and became a IFBB legend. It wouldn't be hard for her to make a return to fitness competition, especially on a stage like the Arnold or Olympia.

In 2011, she made her return to the stage via guest appearances. From what I've heard from many people, she has not lost a step in her routines. She can still go with the best of them. Physique-wise, she looks like she could just about hang with the best of them as well. During her prime, she was no stranger to the big dance, competing at the Arnold and Olympia and winning a Fitness International title and was VERY close to winning the Fitness Olympia title. Jenny has mentioned that she may very well return to competition one day. Could 2012 be the year she makes her return? And if so, would be it awesome to see it on the Arnold and/or Olympia stage?


That's Part 1 of the three-part series. Part 2 will focus on figure competitors, and part 3 will focus on female bodybuilders. I'm aware there are PLENTY more that could be on this list, but I decided to narrow the list down to five for each series. Let me know who I left out via a comment below or sending me a tweet @FitGemsNation, and your comments could be on a future follow-up post.